This was our 3rd time in 4 years to Chicago for C2E2, after skipping 2021 due to scheduling problems around Covid. For this show, we debuted a costume we had secretly been working on in our garage during the summer. We had already debuted the Mandalorian Razor Crest ship, but the Mandalorian had recently built a new Naboo starfighter as his ship of choice. The new costume was 80" wide and 10' long. It featured working fans in the side engines with a nice blue glow to both engines. Grogu watched carefully in his dome in the back right behind Din Djarin. We also brought to C2E2 for the first time, the Razor Crest, which we also updated with working fans for engines with an orange glow around them. Both Mandalorian costumes drove around the floor of C2E2 to the delight of everyone who saw them. We even got to show them to Ahsoka herself, Rosario Dawson, who was so impressed with them, she said she felt underdressed and asked if she could hold both of their helmets just to feel dressed for the occasion. Even though we only were able to talk to her for a few seconds, she was incredibly nice.

We met some great new volunteers in the Chicago area that will hopefully be building some new wheelchair costumes this year. We look forward to this event and it was so nice to return to Chicago and see everyone. 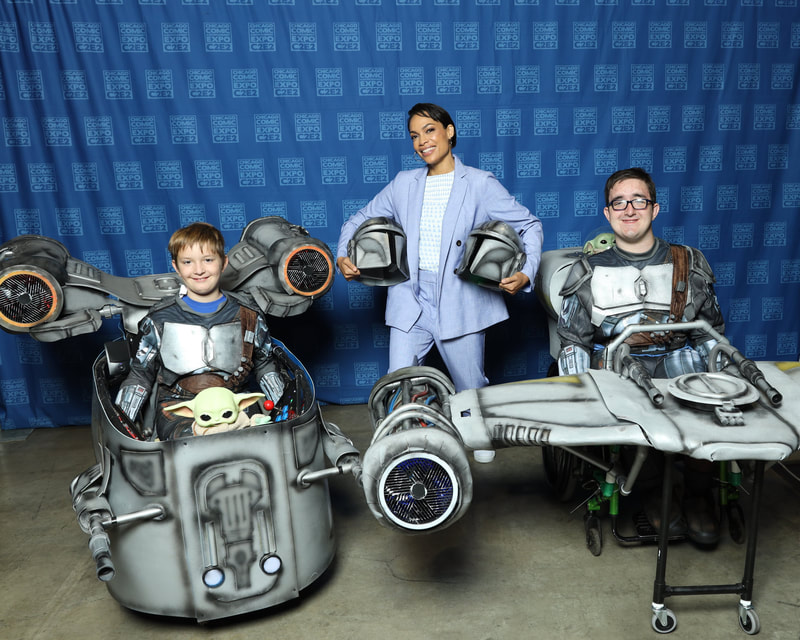 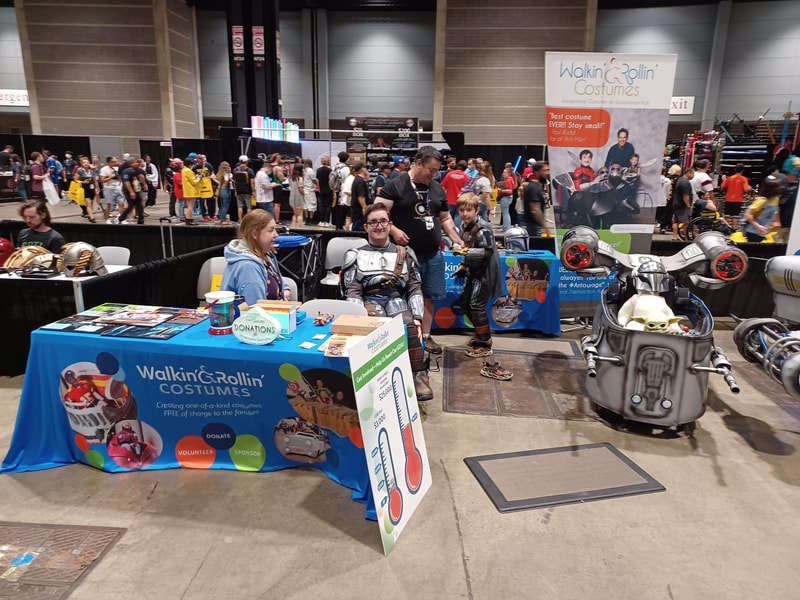 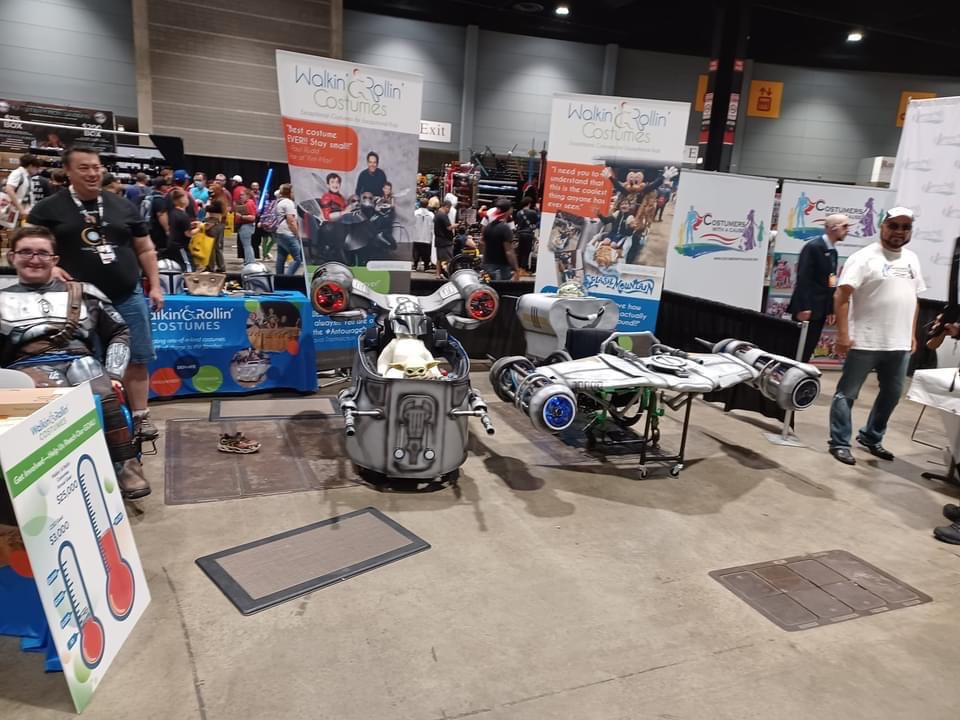 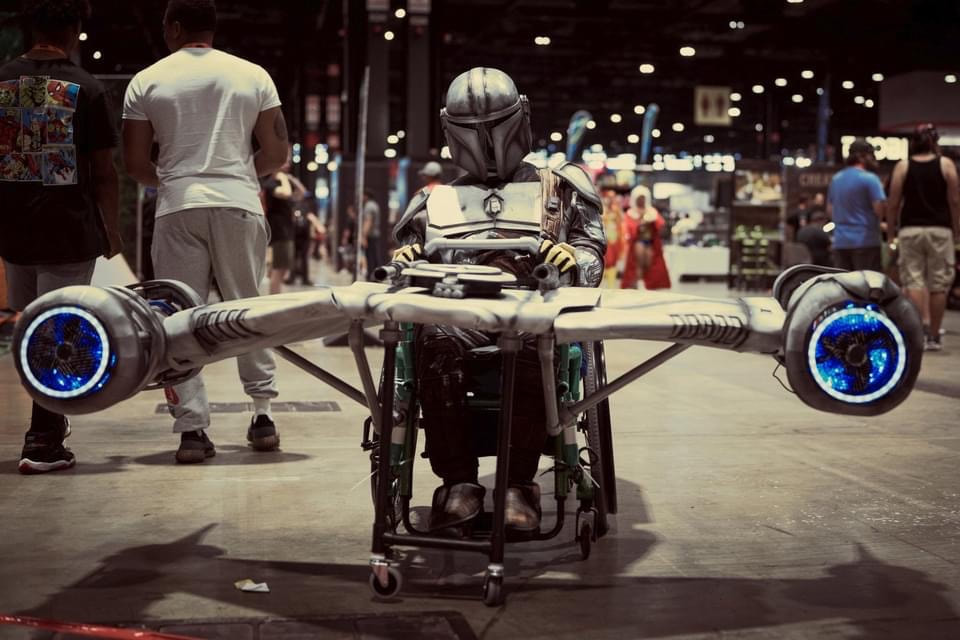 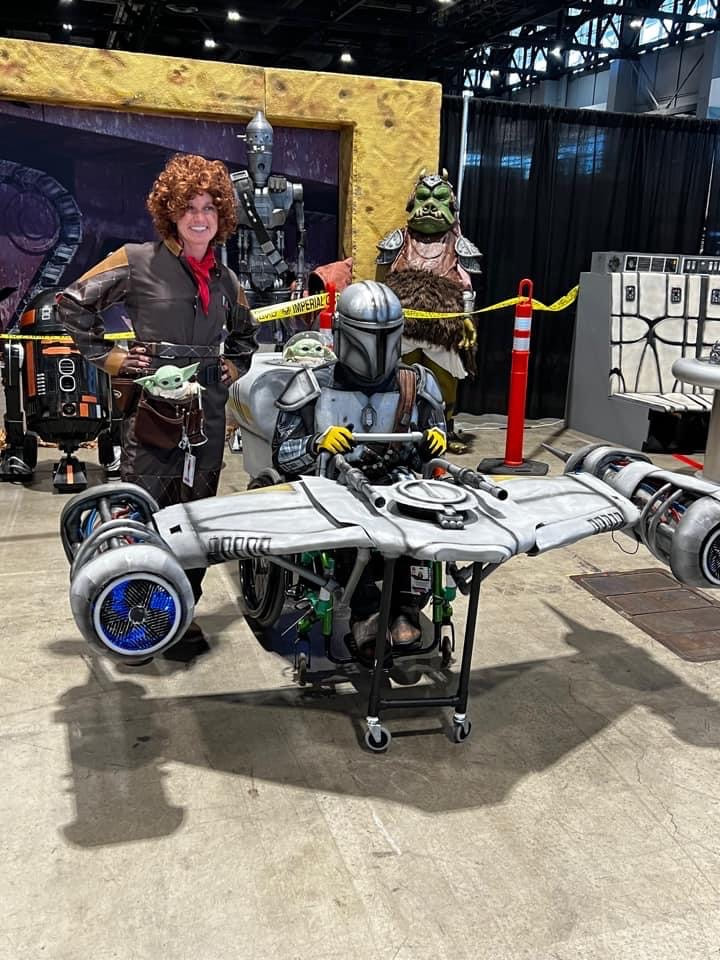 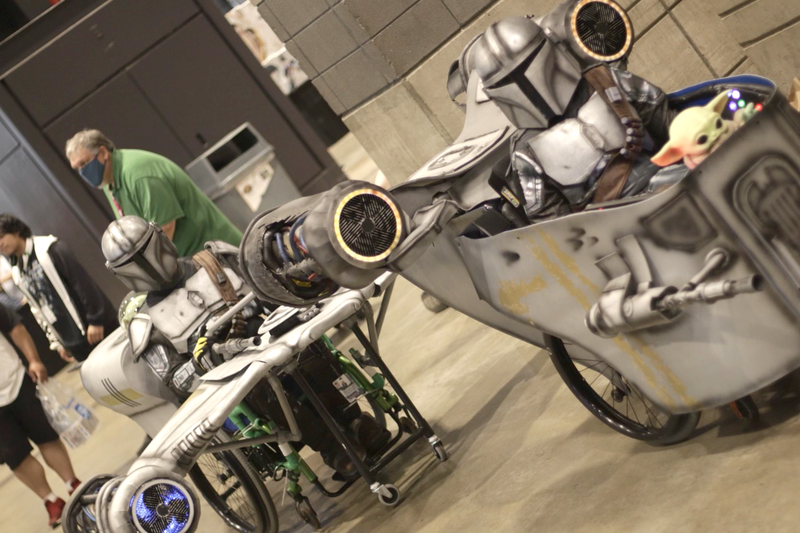 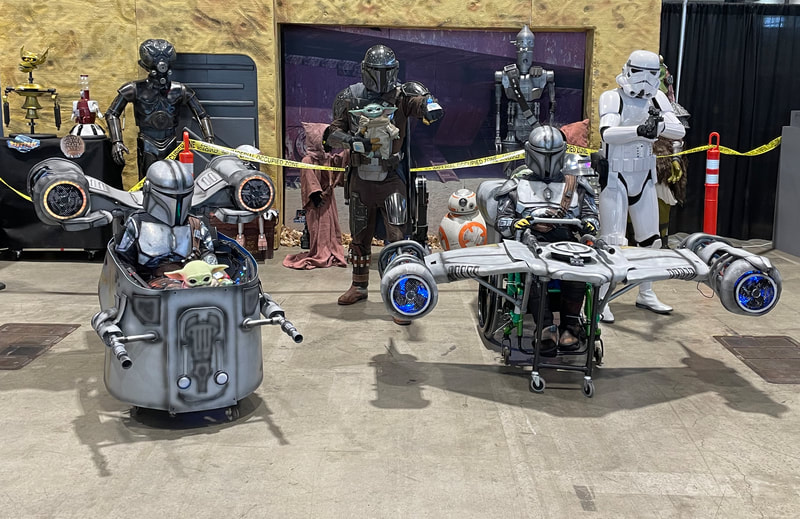 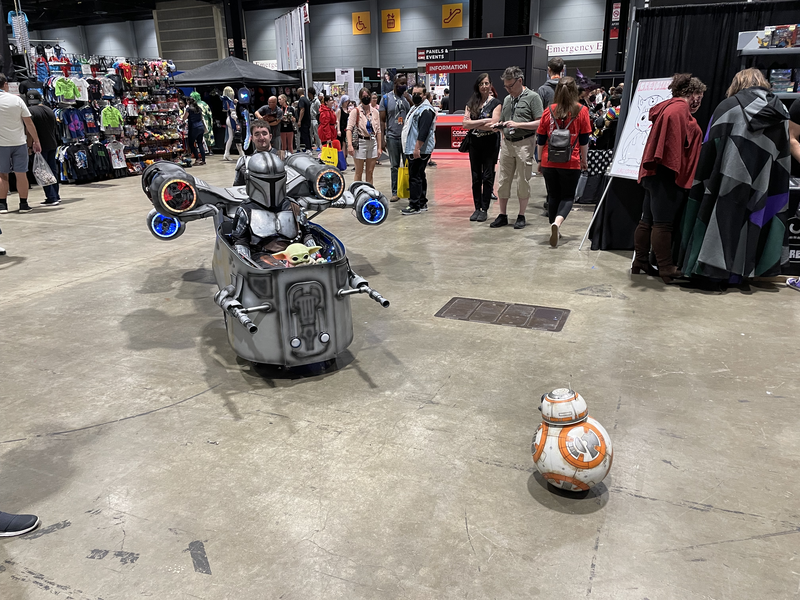 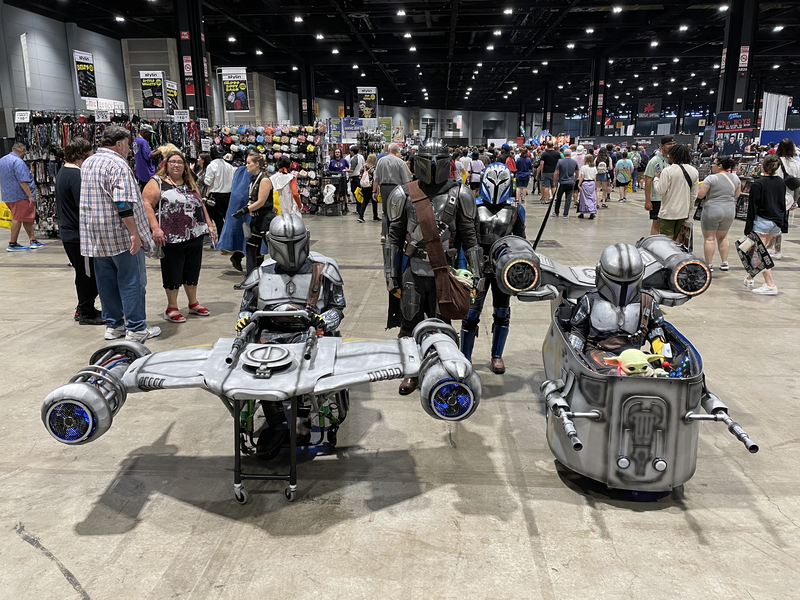 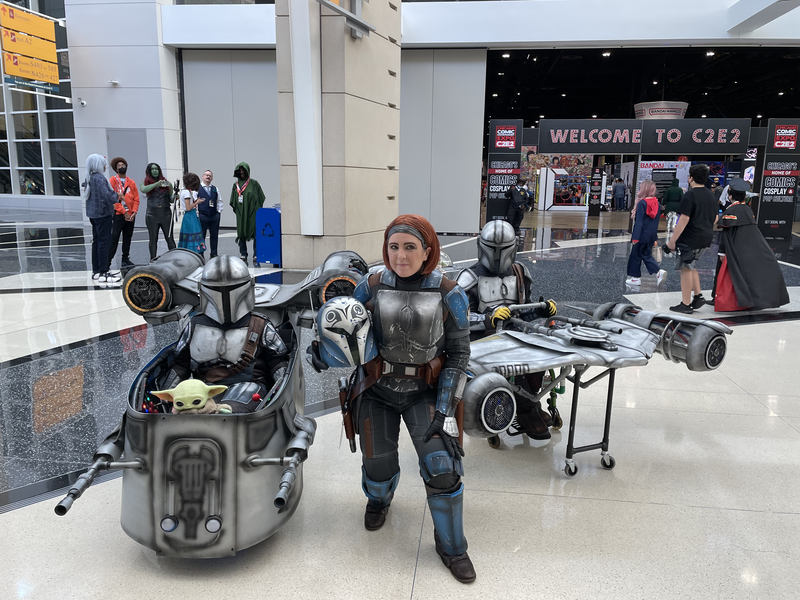 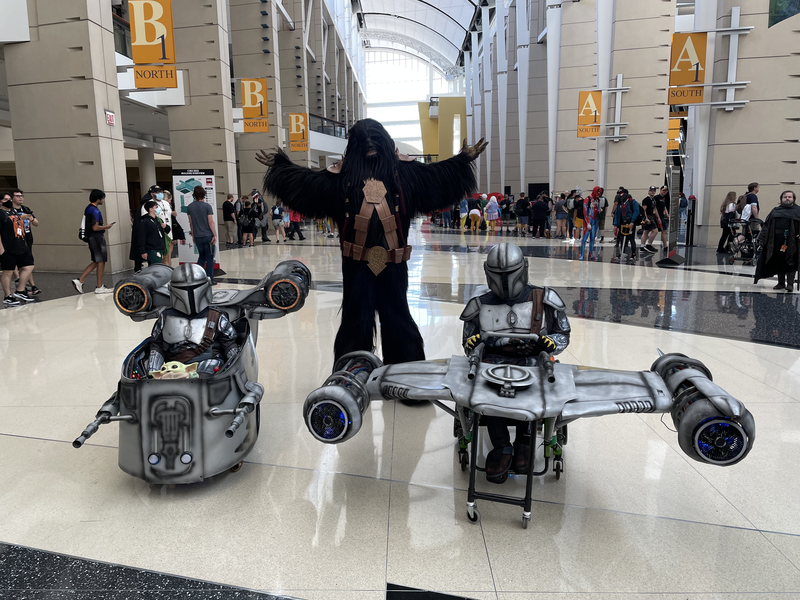 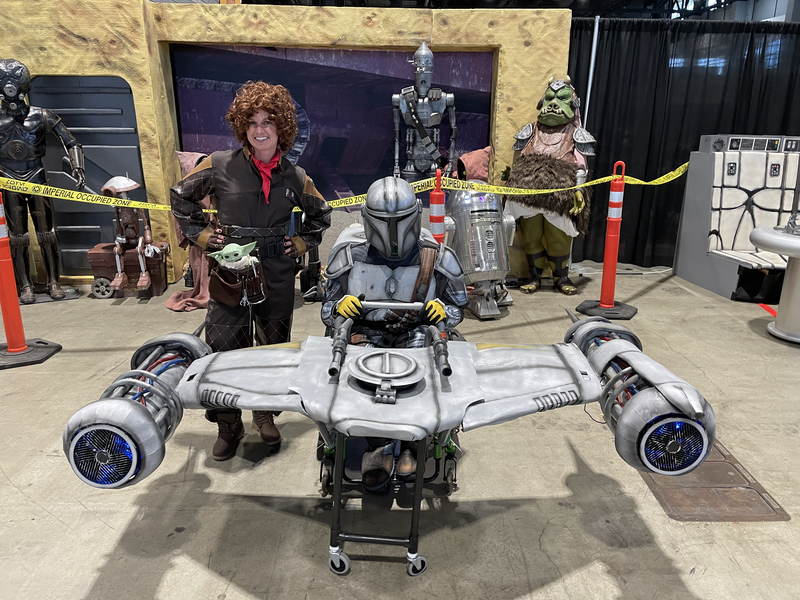 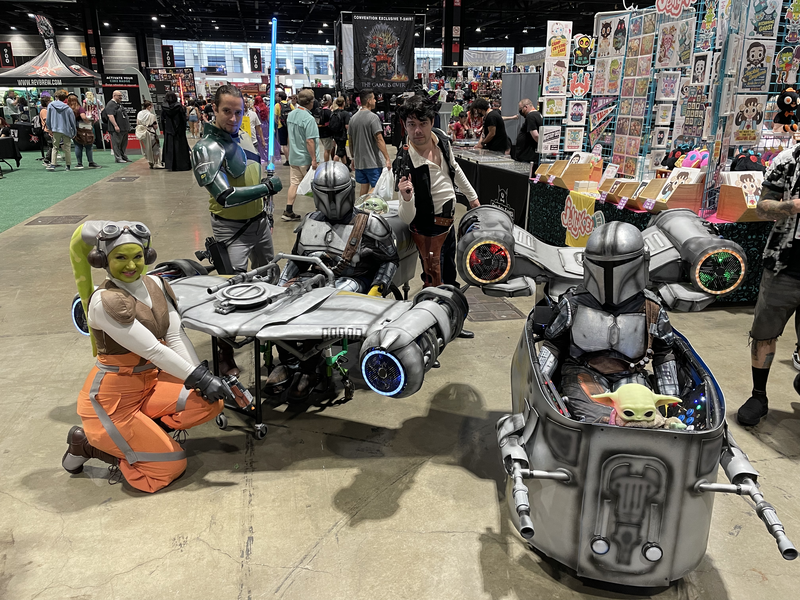 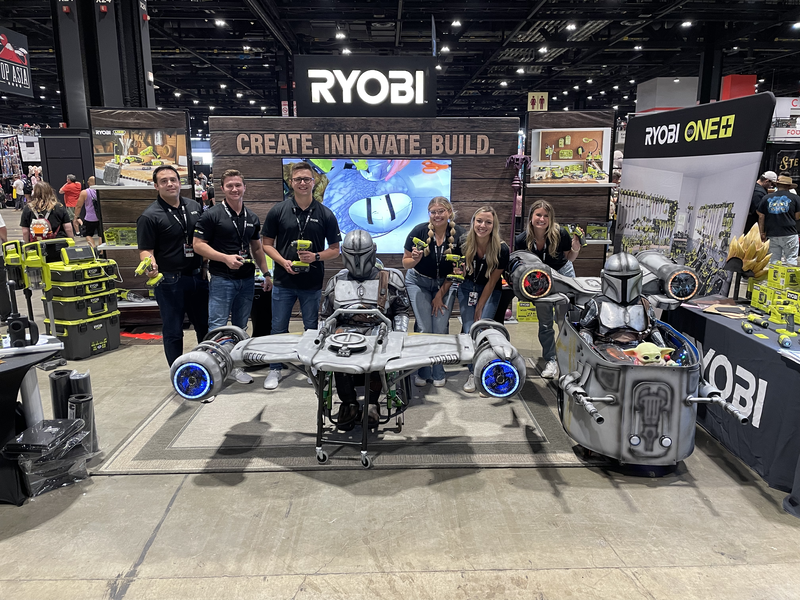 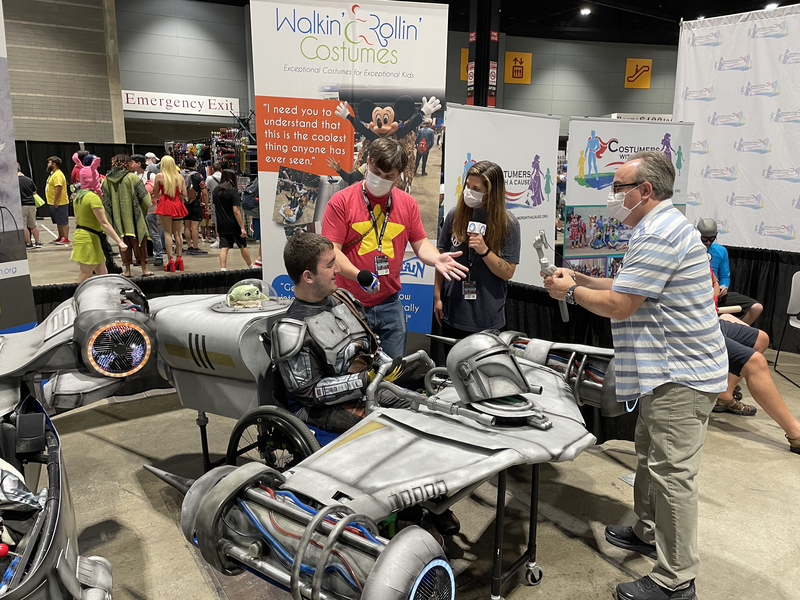 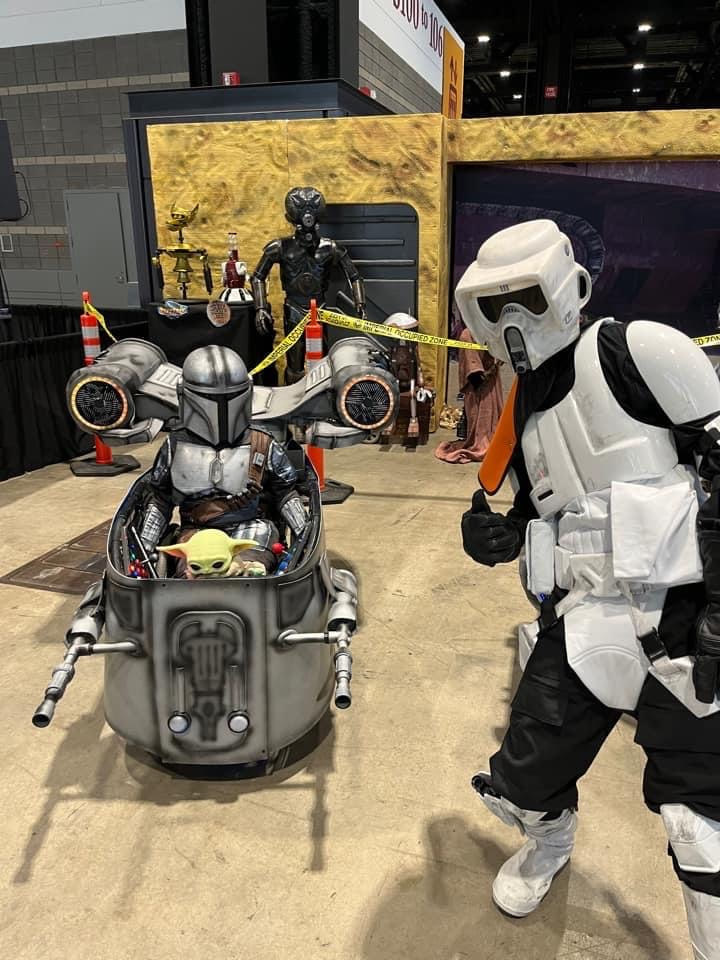 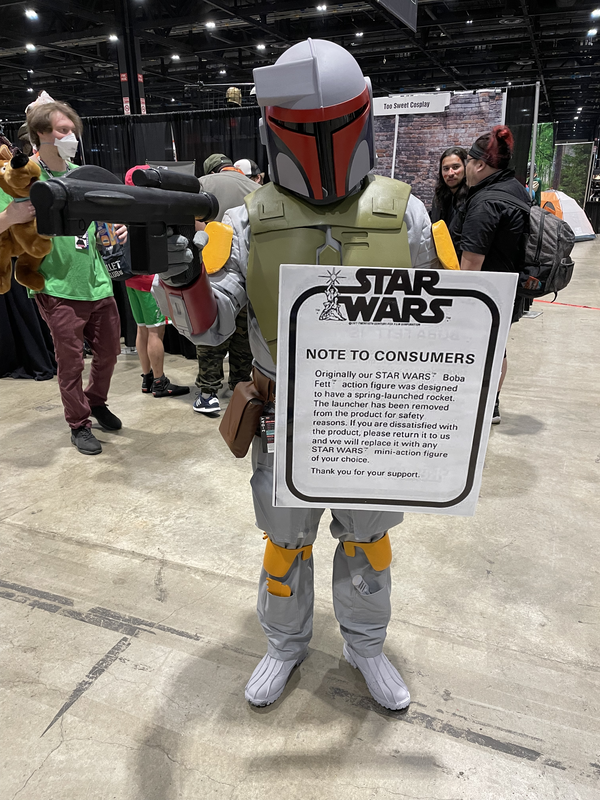 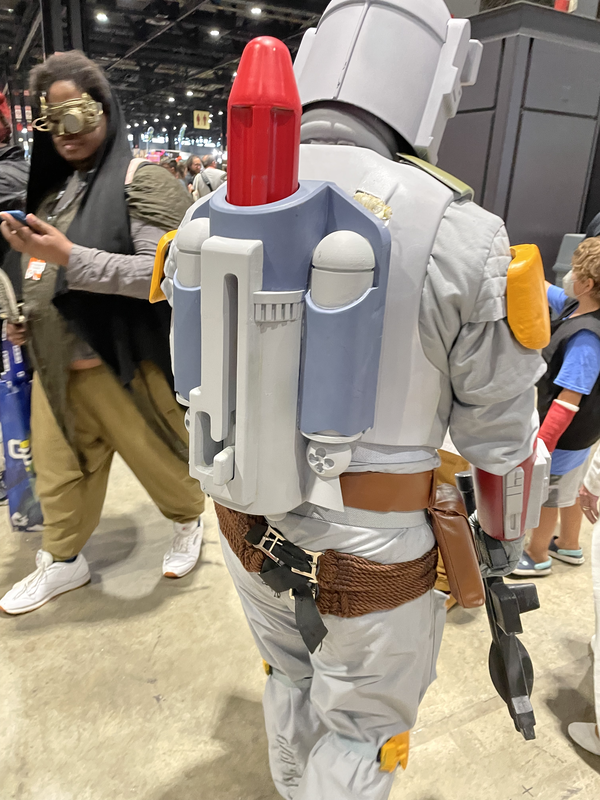 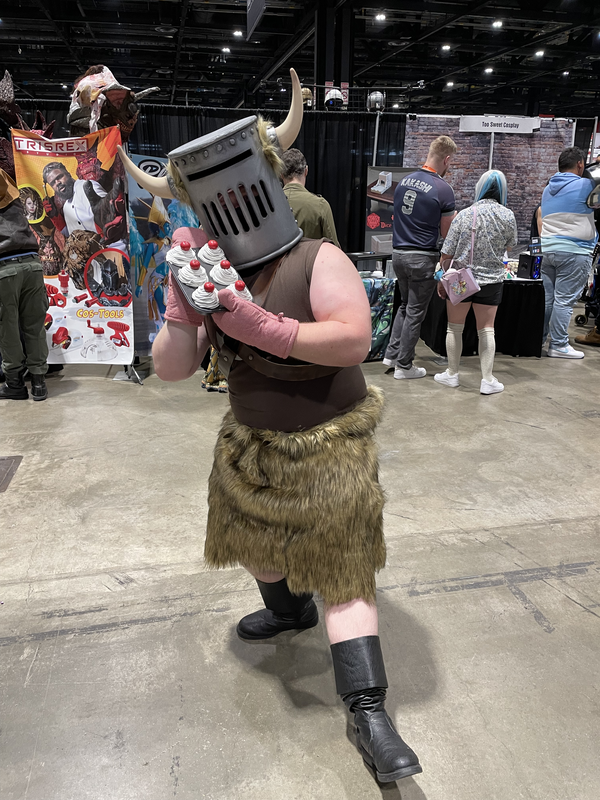 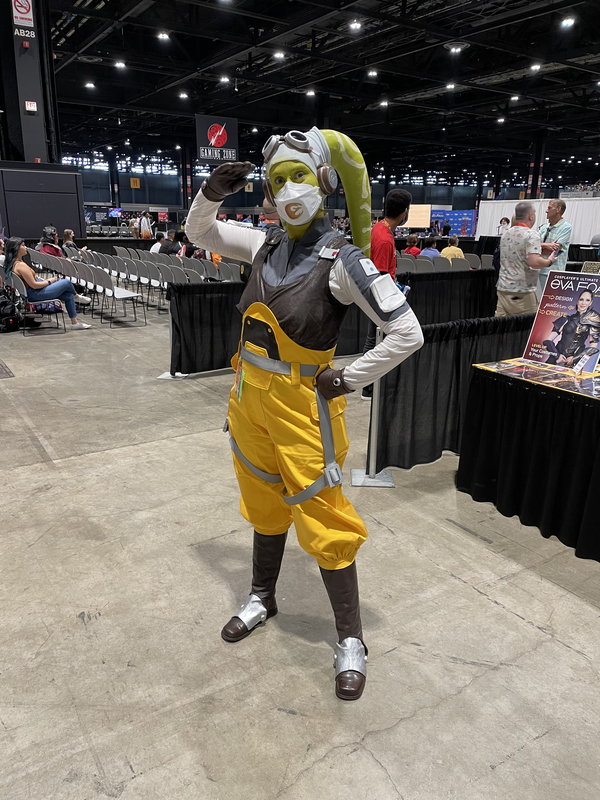 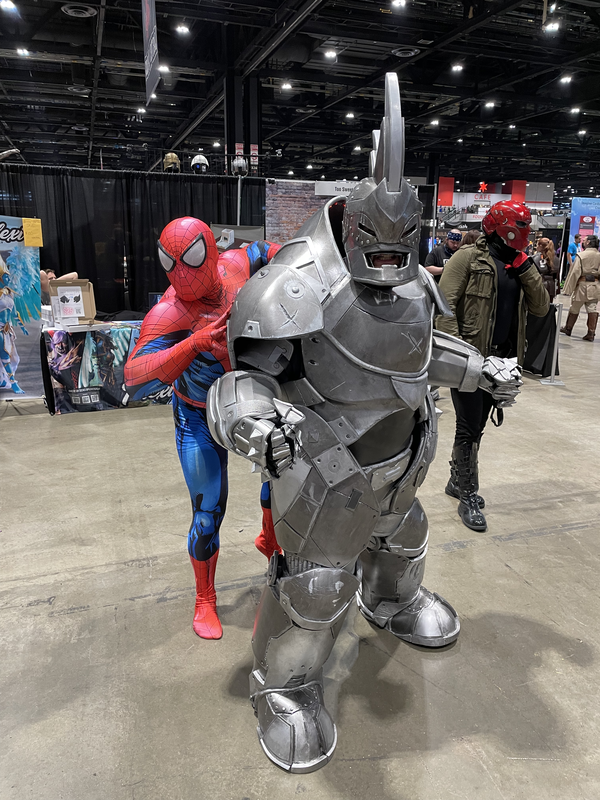 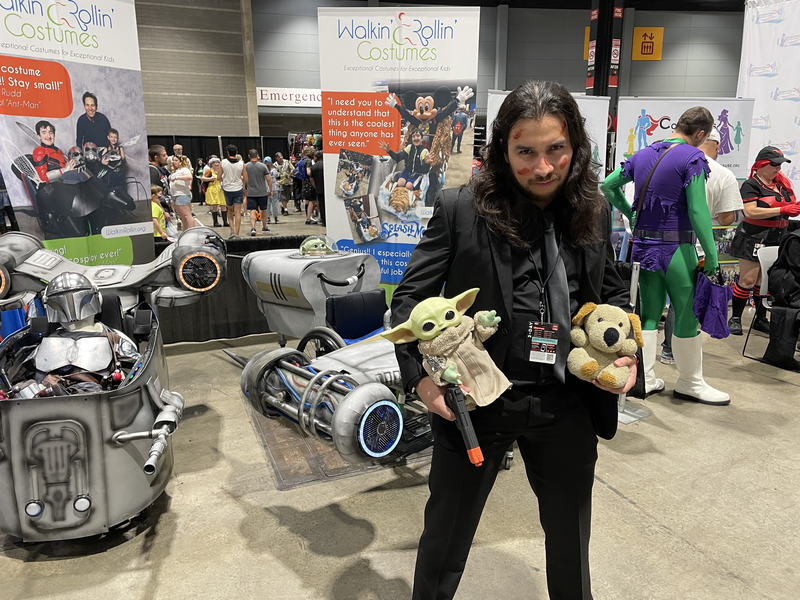 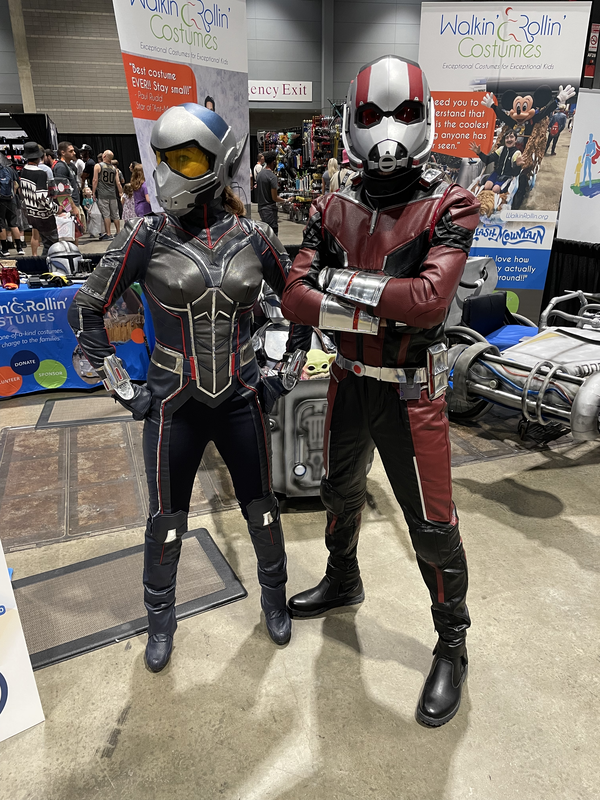 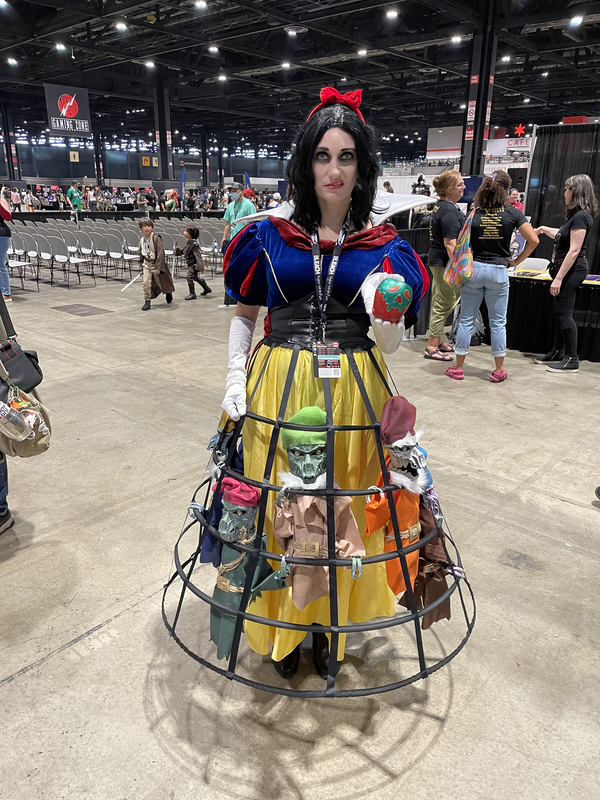 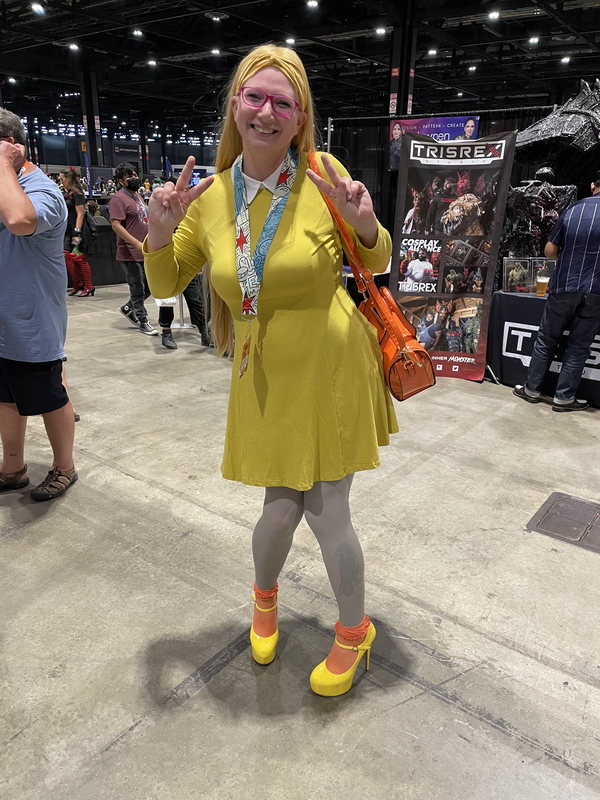 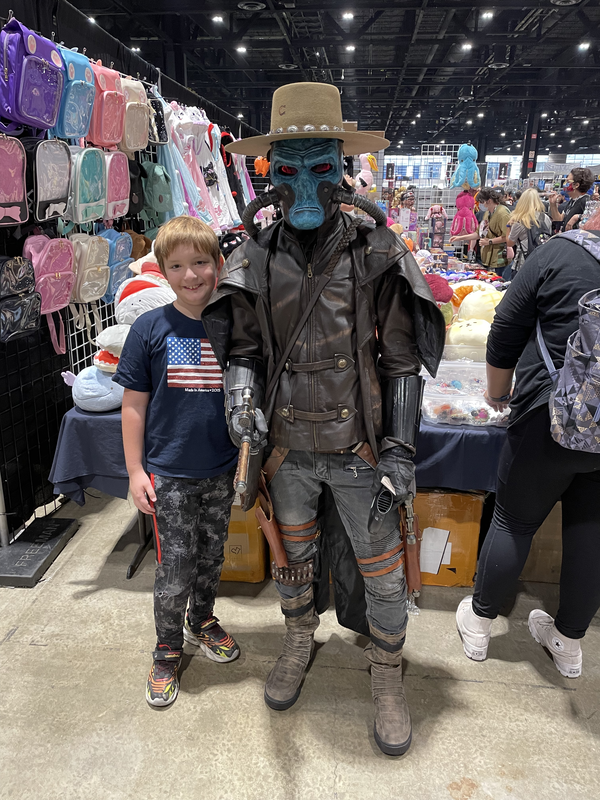 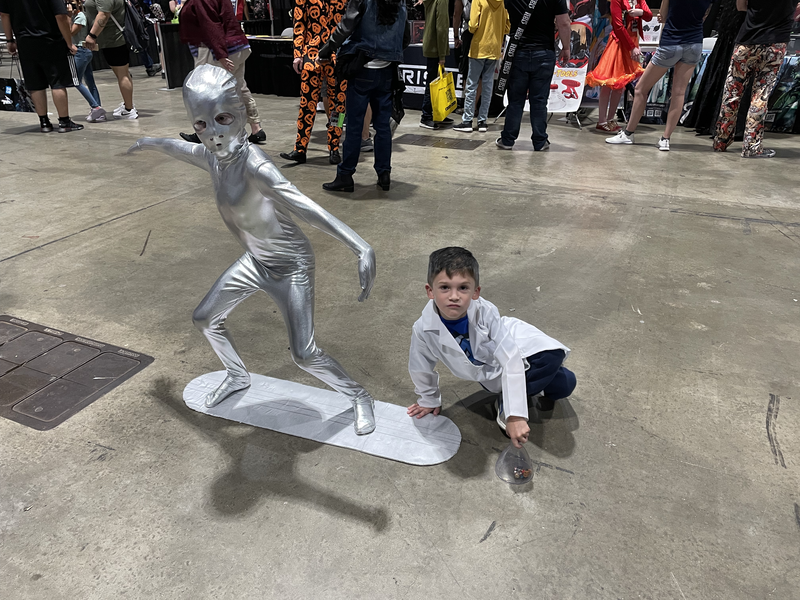